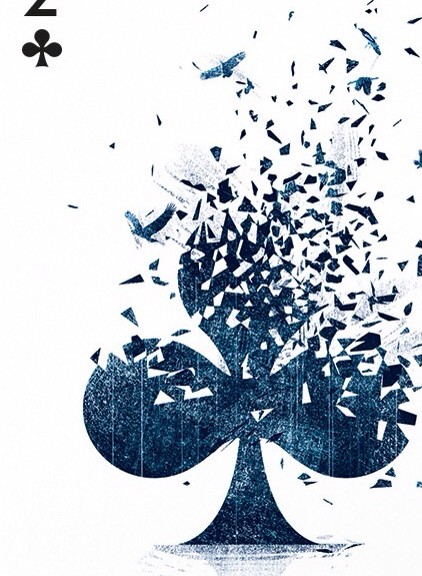 I used to be such an asshole when it came to playing games. We played long, long games of Carioca when I was a kid. I always got my ass kicked by the older (read: grown ups) more experienced players and they rubbed my ‘stupidity’ (<<< their words not mine) mercilessly in my face. I hated it and always wanted so badly to win so they would know that ‘I was smart too’. That was my take on it as a child.

My youngest sons dad was pretty talented. And in many ways he knew it. He was a musician and a gamer. He played everything. No instrument intimidated him. And he was a seriously tight player, a total perfectionist. Me being a shadow artist, who once played guitar, busking as a teenager, with her own songs; I had smashed my guitar all over the dumpster shortly after my oldest son was born: ‘Moms can’t be musicians. Moms have to be responsible….’ I was pretty intimidated by his abilities.

Initially, I admired his gifts. Eventually, I grew jealous of them. And him. We tried to write and play music together. But both of our egos were just way too big. And those sessions often ended in me feeling like complete shit. Him too.

In the end, I was the one who listened for the slightest offbeat or off note when he would mix his music. I was excellent at that and it caused zero friction.

He loved gaming though, like I said – PC, PS, cards, board games, dice…. And of course, not really having a mind of my own back then, I got into gaming at first because of him. But I was an asshole. If I lost I was so mad, it was like everything was at stake if I lost against him. Sometimes he would say things like,’It’s ok to lose.’ Or ‘Losing can be fun too.’ Other times he was a jerk about it too though, ‘Hahahaha you suck, Kristie!’ Jeering like a madman.

Until one day, after a three day Lord of The Rings RISK marathon, he completely slaughtered me. And I flipped the entire board, pieces flying everywhere. He said he would never game with me again.

Definitely one of my worst moments as a human being. I felt so bad after what I had done, I went and hid in the bedroom bawling my wild head off.

I was so ashamed. So childish. He was of course, incredibly unimpressed with me. We stopped playing for a couple of years after that, until I was able to demonstrate and establish that I had changed.

Fast forward to now. One child later. And of course, Mason’s dad and I, we’ve been separated now for almost four years. I’ve grown a lot in the last 13-14 of those years. Seen a lot, learned a lot, went through a lot. Been around people for whom competition was their life. They lived and breathed it. And I saw its destructiveness and realized all too well what it was about.

But, my youngest and I have been playing the game ‘War’ in the car with a deck of cards before his friends get to the park in the morning before school.

And I can see that already, within his 8 year old self, he has my competitive streak like I did. And it worries me for him…

I wanted to reflect back to him what he was dishing while we played. So I did. I started laughing at him when he lost a round, poking at him, ‘hahaha, I win’. And I could see that it was bothering him when I did that.

So after he won a round I asked him curiously,’Why do I have to lose in order for you to feel good? Why does it feel good for you when I lose?’

I looked at him and said quietly,’Is it because you feel bad about yourself? You feel like you have nothing to feel good about?’

He sat back abruptly, not looking at me,’Yes.’

I reached over, pulling him to me and hugged him hard, rubbing his back….

I sat back and started shuffling the cards….

And I dealt the cards, face up this time not face down into two separate piles… One for me. One for him. One for me. One for him. We looked on as I dealt them. My heart began sinking a little…. I got all but one of the aces, a really good chunk of the high cards and he got the rest. Every time I got a high card and he got a low card, ‘I’m gonna lose,’ he’d say… ‘I’m gonna lose.’

When I was done we flipped our piles over and started playing… We focused on enjoying each other and having fun.

By the time we were done, I had only won four of those rounds, with 13 of those cards left in my hand. He had all the rest. But he didn’t realize it.

I told him to stack his cards straight on edge.

Then I showed him my winnings. And asked him to show me his…

He looked at his and mine side by side. And then locked eyes with me.

I broke into a huge grinn at him….

And he beamed back at me…
‘See? I don’t have to win in order to feel good. Me and you both thought I was gonna win, didn’t we?’

‘But that’s the thing about cards, Mace… This game isn’t about your brains and how smart you are. It’s about chance. It’s about how the cards show up in the game. Not everything is about how you play it. We don’t have to beat each other down to have fun. We can just play and enjoy each other’s company.’

He said he was sorry. I told him it was ok. And he went on his way with a hug and a long kiss on his forehead…

There’s always opportunities everywhere to learn from one another.

Today, playing cards was one of them.

One thought on “Losing to Win”