I have known life wasn’t happening the way it was supposed to most of my life, even though I was successful. Good people were not treating others right, they didn’t trust, accept help unconditionally and as I got old, it got worse, way way worse. One day while looking for a spark of fresh air, someone people could trust and support to make a difference, I met Clint Curtis. He told me about his program that changed election results and how his best friend lost his life trying to help him prove his program was being used, and how he went to Congress to narc on himself. I was already awake to a lot, but this, this pissed me off. You know, the kind of anger that never dies. Now, I will never stop. I knew at that moment why people were the way they were. The game was rigged, and people knew it, they just did know why they knew it, they just did. I am here to give them all the whys.

I think I always knew the world was broken. I didn’t understand the ins and the outs of it, but still knew the government was shit and the very act of submitting to something that hung over you telling you what to do, was wrong.

I was a troubled, rebellious kid since I was walking pretty much. I think the weight of the world hit my shoulders pretty early on. I have been writing about corruption in poems since I started even doing that, but still didn’t understand the workings of it all. As I became an adult I tried to just pay their game… live the dream laid before me. I got married, bought a home, worked and put my dreams on the shelf to die. And then I had my daughter…

Once she started eating ‘real’ food and I realized I was gaining weight faster than I could keep up with, I became interested in health somewhat. One day my husband and I sat down and watch a documentary, Food Inc. and bam! Everything started to click with the world view I already had. I started digging! I cried a lot. I was scared a lot. I grew A LOT! And WE CHANGED A LOT of our family’s eating, living and thinking habits.

I lost friends, although I didn’t have many to begin with. I killed already strained relationships. I realized how the system was geared to keep us away from ourselves and giving us things to distract; media, illness, hatred. I realized that my biggest outlet to affect change is through meeting up with my true self and doing what it is in my heart and that is where I am now: Following dreams, empowered most days, and doing whatever things I personally can do to add to this world, to make up for my subtractions and help carry the load of those who still can’t see. I am so much happier for it and mentally healthier than ever before… I still have bad days, but I suppose we all do and will forever.

I FULLHEARTEDLY believe we will make a better world for the generations of tomorrow. It is scary when you first see what the world really is, but hunkering down into your self- discovery process can give you new life in a world of death and destruction. It can give you a sense of mission, a sense of purpose.

I send love and encouragement to though walking the path to truth and those who will see one day.

I never felt right with the world. I rejected every thing the “world” had to through at me, poverty, hardship, pain. I guess I was born with my instincts and the “world” (ie. the system of control) didn’t agree with them.

So I made a choice, a pledge if you will. To transform myself to conquer and destroy the plastic “world” and restore it to its free and natural condition.

Ok, here i am, brothers and sisters. My name is Franco, from Italy, you know me as “Franco Fra” on Fb.

My story is…. bah… i think the same of most of us. For a most part of my life (and now i’m old…. unfortunately), i was a “good citizen”, i obey laws, work harder for support my family, pay taxes… and so on. As all of my fellow citizens, i watch every news on Tv, newspapers, ignoring the great deception. I believed everything I was told, I had no reason to doubt, was they not the “disclosure of the truth”? So, i thought, but….. a day, one year ago about….. There were many protests in Italy, by the students, in favor of the public school that the government wanted to privatize. There were clashes with the police, there were wounded, and the government said that the violence was provoked by the protesters who attacked the police. My daughter was among them, and what she told me did not fit with what the TV told, so … I started looking for the truth ‘in the web …. for every fact told by the media there was a demonstration filmed exactly the opposite, and I realized …..the great deception. I saw armed police in riot suits, attacking and beating unarmed boys of 14 years, even they were dangerous terrorists, guilty only of protesting for the right to study. I saw terrified girls locked in a corner by more police and dragged away by the hair. Are those “the terrorists”?

I assure you that the real criminals in my country, are treated much better.

I continued to seek the truth, and I discovered a “new world”, very different from what ‘I knew. A world where the lies, the deceptions were exposed, where there were those who fought for the truth’. And I found friendship, equality, brotherhood, sharing of life. I rediscovered the meaning of being human that I had lost, after years of indoctrination and brainwashing, where I taught in refuse, fight, marginalizing the “different”, to despise poverty, ’cause “who was poor was just a loser”.

So ‘I knew I had spent a lifetime in falsehood’, pursuing ideals without meaning, and I began to understand how deeply wrong there is in the world, and I decided to fight, as I can. Probably will not do ‘no difference’, I am only 1, and even old, but I would not spend the last years of my life without even trying to do something.

This issue needs no commentary.

The Garden of Resistance is purely relaying information.

How Cannabis Can Save Cancer-Stricken Kids: An Introduction to ‘Weed the People’, by Ricki Lake.

Dr. Sanjay Gupta: Why I Changed my Mind On Weed

Run From The Cure: The Rick Simpson Story 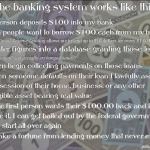 “If you read, write, publish, think, listen, dance, sing or invent, the TPP has you in its crosshairs”

Why Should I Care About the TPP? 1:33 minutes

The Economy:
The American economy is not doing alright. 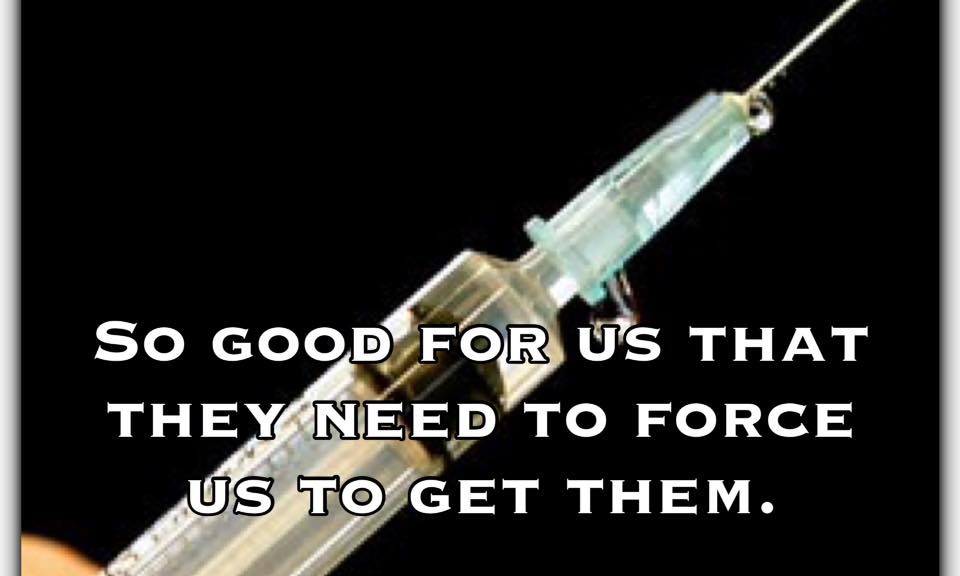 Here is some critical thinking for you….

If vaccines are so bitchin’ why has the US government been compensating people for vaccine injuries? To the tune of almost $2.6B over 24 years.?!?

All BACKED by data, links, statistics and reports from the One, the ONLY….

– The period covers fiscal years (FY) 1989 to FY 2013. There were 3,387 compensable claims—meaning those claims that received compensation or money, and 9,651 claims that were dismissed.

– Please study the data carefully. You will notice the vaccines causing the most damage were:

The vaccine attributed to causing the most deaths was DTP with 696 deaths.

Coincidentally, of the 32 vaccines listed, very few—only 5—had no deaths attributed…..”

If vaccines were so freaking awesome there would be no need for Compensation programs.

You know, I think my view of the whole ‘they’re poisoning us’ shit-kitten-caboodle changed late last year when I read an article coming out of Toronto, Ontario, Canada.

This article was about a study that had been done on the umbilical cord blood of three newborn babies that they had randomly tested in the Greater Toronto & Hamilton areas….

All three babies cord blood randomly tested showed ONE HUNDRED AND THIRTY SEVEN chemicals out of the THREE HUNDRED they were testing for…..

Everything from PCB’s to the fire retardant chemicals in your couches, bedding, pj’s, chemicals from non-stick frying pans and so on……

So lemme get this straight….

I have to attempt to ‘cope’ with the fact that my body is no longer a biologically safe place to create life because of all the poisons in the world around me around me????

And not only me but ALL my sisters of the child bearing years?

And not only US women but our men’s little spermies get affected by the shit in our environment too???

BECAUSE THEY ARE POISONING US. I don’t care if they ‘mean to’ or not. Irregardless, they are doing it.

And we need the men to stand with us on this too.

We are making this new world. Even our breast milk is testing positive for toxins.

And this is ‘Canada’ for Pete’s sake, we’re ‘supposed’ to be so environmentally ‘pristine’! HAHAHAHAH.

You can find the article here.